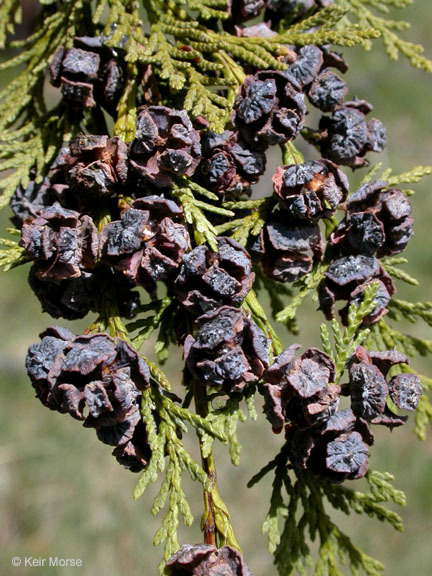 Chamaecyparis lawsoniana (Lawson's Cypress) is a species of tree in the family Cupressaceae. They have a self-supporting growth form. They are listed as near threatened by IUCN. They are native to The Contiguous United States, Western North America, and United States. They have simple, scale leaf leaves, blue flowers, and cones. Flowers are visited by Melanostoma scalare, Melanostoma mellinum, Pipiza noctiluca, and Eristalis pertinax. Individuals can grow to 200 feet.

EOL has data for 87 attributes, including: